2023 marks the 50th anniversary of the Idaho Humanities Council, and you’re invited to a special IHC 50th birthday event with playwright Samuel D. Hunter. Hunter is best known for plays A Bright New Boise, which won the 2011 Obie Award for playwriting, and The Whale, which won the 2013 Drama Desk Award and the 2013 Lucille Lortel Award for Outstanding Play. A film adaptation of The Whale, written by Hunter and directed by Darren Aronofsky, is scheduled for release in December 2022. A native of Moscow, Idaho, Hunter is the author of 17 produced plays and the recipient of a 2014 McArthur Fellowship.

More information and ticket sales to be announced this spring. The event will be held in the SPEC at Boise State University. 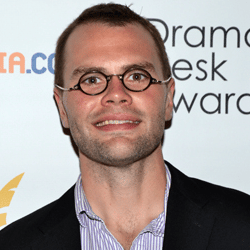