The End of the Cold War and American Culture

Program Description:  The Berlin Wall, Polish Solidarity, Tiananmen Square, the dissolution of the Soviet Union: the end of the Cold War created cultural and political reverberations around the globe. Americans celebrated the United States’ triumph over the Soviet Union, having “won” a conflict that had dominated international affairs for half a century. Yet the end of the Cold War wrought changes in American culture that are sometimes difficult to trace, especially in comparison to the waves of revolution and mass demonstration that characterized other parts of the world between 1989 and 1991. This talk will explore some of the subtle ways that the end of the Cold War influenced American culture, many aspects of which have only become apparent in the three decades since. I contend that the experience of the 1980s and 1990s not only helps us understand American culture in the era since September 11, 2001, but also lends insight into the lasting influence of these decades in American culture today, from pop culture to politics. 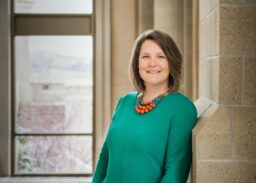 Bio:  Dr. Sarah Robey is Assistant Professor of History at Idaho State University, where she teaches courses in American history, the history of the Cold War, the history of science and technology, and the history of energy. Her research focuses on the intersection of American culture and public life and the history of nuclear science and technology. Her first book, Atomic Americans: Citizens in a Nuclear State, will be published with Cornell University Press in early 2022. She also has a forthcoming chapter in Energy Cinema (West Virginia University Press, 2022), which explores how popular entertainment served as public nuclear education in the early Cold War. Robey holds a PhD in History from Temple University and has held past fellowships at the Smithsonian’s National Museum of American History, the Miller Center for Public Affairs at the University of Virginia, and the Philadelphia History Museum.