The Idaho Humanities Council (IHC), the nonprofit, state-based partner of the National Endowment for the Humanities, recently welcomed two new members to its 19-member Board of Directors. The two new members from Coeur d’Alene and Idaho Falls will serve three-year terms on the board. These two new members were appointed by Governor Brad Little. Governor Little also reappointed Susan Gibson from Boise and Trent Clark from Soda Springs to the IHC Board. 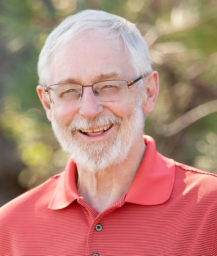 Dan holds a Master’s Degree in Counseling Psychology from Gonzaga University, a Bachelor’s Degree in Criminal Justice Administration from San Jose State University, and an A.A. Degree from North Idaho Junior College. He has been a Licensed Professional Counselor for over 20 years. Dan and his wife, Cory, a physical therapist, have three adult children, two of whom served in the military and are Iraq war veterans. They have eight grandchildren and one great grandchild, and are active members of Calvary Lutheran Church. 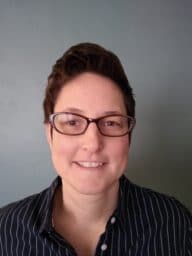 Christina Olson has worked in cultural resource management as a private contractor for the United States Department of Energy and Department of Defense for nearly fifteen years. In 2018, she became principal of Kerros LLC, historic resource management company. She holds a B.S. in Historic Preservation from Southeast Missouri State University and a M.A. in Historic Preservation from the University of Georgia. She currently serves as chairperson for the Idaho Historic Sites Review Board. She resides in Idaho Falls with her wife, two cats and dog.

The IHC board meets three times a year to review council-conducted humanities projects and programs and award grants to organizations throughout Idaho to promote greater public awareness, appreciation, and understanding of literature, history, cultural anthropology, law, and other humanities disciplines.

The Idaho Humanities Council is a nonprofit organization, whose mission is to “deepen understanding of the human experience by connecting people with ideas.” The board meets three times a year to plan special programs and to award grants to organizations throughout Idaho to promote greater public appreciation of the humanities. For more information about the IHC, visit www.idahohumanities.org or call (208) 345-5346.