The United States has a long and rich history of dissent in the forms of poetry and song.  During this extraordinary time in U.S. history, the Idaho Humanities Council (IHC) invites the public to attend four presentations focused on protest poetry and song in an exploration of historical and contemporary expressions around the country.  Works by Native Americans, African Americans, the Chicanx and Latinx populations, Asian Americans, and women, all of whom continue to struggle for justice in American society, will be examined.

These programs are part of a weeklong institute for Idaho teachers which examines important word and music artists and their creations, as well as the historical and cultural context in which they exist.  The institute will consider how these creative forms contribute to the ongoing effort to create a democratic nation “with liberty and justice for all.”  Though part of the ‘Get Up, Stand Up’:  Resistance Through Popular Music and Poetry teacher institute, the public is invited to attend these free programs each evening at 7:00 p.m.  In recognition of this unusual time, please be aware that attendees at public events will be expected to follow any public health protocols in place as determined by the College of Idaho.  Programs will take place on July 19th, on a virtual platform – see the IHC website and register through Event Brite, and on the 20th, 21st, 22nd, and 23rd at the College of Idaho’s Langroise Recital Hall. 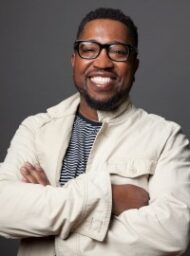 Poetry is the Message, The Message is Love by Major Jackson

As corollaries of important political movements, African American poetry has long sought to express a sense of positive identity and to assert the sanctity and worth of black humanity.  Cultural expressions of freedom permeate the work of black poets whose resistance takes shape as a complex conversation about poetic form, language, history, performance, and lyric agency.  From poets of the Harlem Renaissance to today’s poets, we will survey poems that work to dignify black lives and whose life-affirming valence promotes the value of a pluralistic democracy.

Major Jackson is the author of five books of poetry, most recently The Absurd Man (2020).  A recipient of fellowships from the John S. Guggenheim Foundation, National Endowment for the Arts, and the Radcliffe Institute for Advanced Study at Harvard University, Major Jackson has been awarded a Pushcart Prize, a Whiting Writers’ Award, and has been honored by the Pew Fellowship in the Arts and the Witter Bynner Foundation in conjunction with the Library of Congress.  Major Jackson lives in Nashville, Tennessee where he is the Gertrude Conaway Vanderbilt Chair in the Humanities at Vanderbilt University.  He serves as the Poetry Editor of The Harvard Review. 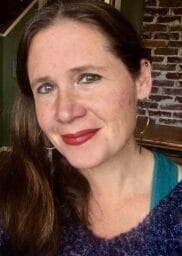 Feminist Poetry of Resistance: Redefining Ourselves by Alexandra Teague

Audre Lorde, in “The Transformation of Silence into Language and Action,” says, “For those of us who write, it is necessary to scrutinize not only the truth of what we speak, but the truth of the language by which we speak it.”  From Lorde’s own 20th-century poems such as “Power” to contemporary poetry of resistance such as Evie Shockley’s “of speech” or Tracy K. Smith’s “Unrest in Baton Rouge,” feminist poetry often actively and directly scrutinizes the language of the patriarchy—questioning and transforming what is meant by words such as “my country,” “rights,” “wrong,” “believe,” and “love,” and who has the power to use these words.  Using repetition, sonic echoes, attention to etymologies, associative leaps, and other poetic techniques, 20th and 21st-century poets such as Lorde, Shockley, and Smith—as well as Lorna Dee Cervantes, Solmaz Sharif, and Natalie Diaz—invite us into the act of scrutinizing the truths we’ve been given, and redefining the terms, often in moments of conflict when definitions become most crucial and fraught.  Diaz says in Postcolonial Love Poem, “[We] can rewrite but not unwrite,” and these poets offer powerful, resistant acts of feminist rewriting.

Alexandra Teague is most recently the author of the poetry collection Or What We’ll Call Desire (Persea, 2019), described in The New York Times as “passionate, quirky, and righteously outraged.” Her prior books are The Wise and Foolish Builder (Persea, 2015 and Mortal Geography (Persea 2010); the novel The Principles Behind Flotation; and the co-edited anthology Bullets into Bells: Poets & Citizens Respond to Gun Violence. Alexandra is a professor at University of Idaho and an editor for Broadsided Press. 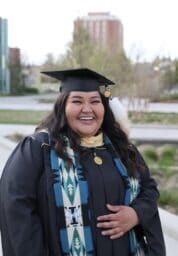 This presentation as viewed through a Native American lens also shares and explores more inclusive and effective ways to get students to build, find or gain strength through poetry.  A focus on culturally relevant pedagogy transpires into the versatile nuances of poetry and how it can be utilized across diverse cultural platforms.

Sienna Reuben is a recent masters graduate from the University of Idaho Curriculum & Instruction Teacher Cert. Program where she also completed her undergraduate studies in General Studies with a Minor in American Indian Studies and Animal Veterinary Science.  She was an Indigenous for Effective Education Program (IKEEP) Scholar and is an enrolled member of the Nez Perce Tribe from Lapwai, Idaho. 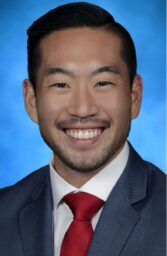 Minidoka:  Art During the WWII Incarceration of Japanese Americans by Kurt Ikeda

The WWII incarceration of Japanese Americans was a period of history when over 120,000 people, two-thirds of them American citizens, were by Executive Order forcibly removed from their homes and placed in confinement sites without due process of law.  Minidoka National Historic Site (Jerome, ID) preserves the legacy of one of these ten US concentration camps.  Join Park Ranger Kurt Ikeda for an evening of exploring resilience and resistance through art at Minidoka Relocation Center during WWII.

Kurt Ikeda is the Acting Chief of Interpretation at Minidoka National Historic Site.  Previously he served as the Educational Specialist for Minidoka, Hagerman Fossil Beds National Monument, and Craters of the Moon National Monument and Preserve.  As a 2nd generation Japanese American, Kurt’s work is rooted in his grandfather’s experience during the WWII incarceration, illuminated by his experience at the Japanese American Museum of Oregon, and inspired by his service as a High School English teacher through Teach for America.  Kurt received his B.A. from University of California, Los Angeles and M.A. in Urban Education: Educational Policy and Administration from Loyola Marymount University. 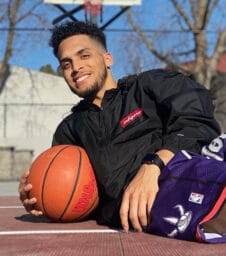 Scribes of a Prophet by Izzy

Using sounds from the past and inspiration from previous artists, Izzy is a melting pot of what has already been done.  While remaining true to himself and his values, he hopes to take the past and present into the future.

Izzy is Nez Perce Reservation born and raised, and states he is a student of life.  Recently graduating from Arizona State University in 2020 and 2021, he currently resides in Phoenix, Arizona.  He notes that his Afro-Indigenous background drives him to make his voice heard, and he likes it best heard over a beat.

The Idaho Humanities Council offers weeklong summer institutes for Idaho teachers every year, exploring different topics and disciplines of the humanities and covering lodging, meals, texts, and other expenses for Idaho teachers to attend.  Past institutes have explored the presidencies of Thomas Jefferson, Abraham Lincoln, and Lyndon Johnson, Native American literature, the works of John Steinbeck, Mark Twain, Willa Cather, Wallace Stegner, and Ernest Hemingway, the history of the Cold War, the history of the Supreme Court, American Roots Music, Idaho History, women’s suffrage, and many other topics.  Teacher institutes are supported by IHC’s Endowment for Humanities Education and the National Endowment for the Humanities.

For more information contact IHC at (208) 345-5346; or check updated information at www.idahohumanities.org.