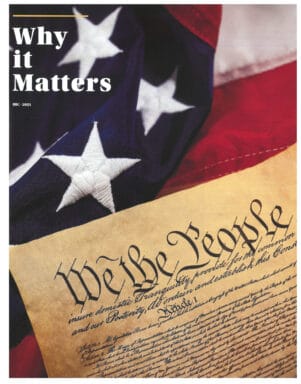 The “Why It Matters” national initiative will provide free humanities programs conducted by the US state and territorial humanities councils to engage the public in collaborative, accessible, and thought-provoking dialogues on the importance of electoral and civic participation. Programs will explore the history of civic and electoral engagement, highlight and elevate youth perspectives, and bring people together to talk, share, learn, and listen using the humanities to promote understanding through historical context and conversation. Humanities scholarship, journalism, and community dialogue will be central to public programming.  IHC will offer four town halls and an online publication that explores these important issues.

Program Description:  The United States has been around for more than 250 years, and the mechanisms for the way people vote has changed as the US matures. Many people wonder what voting can look like in the future. Voting on an app? Voting being done without paper? A national holiday for the presidential election? This panel will discuss path towards new voting means, and the issues preventing them.

David Adler Bio:  David Gray Adler is President of The Alturas Institute, a non-profit organization created to promote the Constitution, gender equality, and civic education. A recipient of teaching, writing and civic awards, Adler has lectured nationally and internationally, and published widely, on the Constitution, presidential power and the Bill of Rights. He is the author of six books, including, most recently, The War Power in an Age of Terrorism, as well as more than 100 scholarly articles in the leading journals of his field. He is currently writing a book on the landmark Supreme Court decision in Reed v. Reed, which had its origins in Idaho and transformed the law for American women, the research and writing of which is supported by a research fellowship from the Idaho Humanities Council.

Adler’s scholarly writings have been quoted by the U.S. Supreme Court, lower federal courts, the U.S. Attorney General, the White House Counsel, the Legal Adviser to the State Department, by Republicans and Democrats in both houses of Congress, as well as political scientists, historians and law professors. He has consulted with members of Congress from both parties on a variety of constitutional issues, including impeachment, the war power and the termination of treaties. He has delivered more than 700 public lectures throughout Idaho, and writes Op-Ed pieces that run regularly in six newspapers across our state, and in papers across the country.

A frequent commentator on state and national events, Adler’s lectures have aired on C-Span, and he has done interviews with reporters from the New York Times, Washington Times, Washington Post, Wall Street Journal, Los Angeles Times, Newsweek, National Review, The Nation Magazine, Mother Jones, Fox News, NPR, NBC, CNN and the BBC. Adler has served as a member of the Board of Directors of various academic, corporate and civic organizations, and is a founding member of the City Club of Idaho Falls. He earned a B.A. from Michigan State University and a Ph.D. from the University of Utah 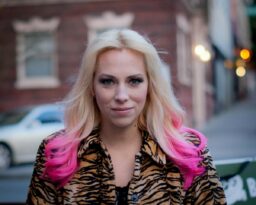 Caroline Heldman Bio:  Dr. Heldman is Chair of the Critical Theory and Social Justice at Occidental College in Los Angeles and Vice President of Research and Insights at the Geena Davis Institute for Gender in Media. Her research specializes in media, the presidency, and systems of power (racism, classism, sexism, ableism, ageism, and sizeism) and their intersections. Dr. Heldman has published six books, including Protest Politics in the Marketplace: Consumer Activism in the Corporate Age (Cornell University Press, 2017), Women, Power, and Politics: The Fight for Gender Equality in the United States (Oxford University Press, 2017), and Madame President? Gender & Politics on the Road to the White House (Lynne Reinner, 2020).

Dr. Heldman has been active in “real world” politics as a professional pollster, campaign manager, and commentator for CNN International and Spectrum One. She has also been featured in the popular documentaries Missrepresentation, The Mask You Live In, The Hunting Ground, Informant, Equal Means Equal, Liberated, Nevertheless, and The Great American Lie. She splits her time between Los Angeles and New Orleans where she co-founded the New Orleans Women’s Shelter and the Lower Ninth Ward Living Museum. Dr. Heldman also co-founded End Rape on Campus (EROC), Faculty Against Rape (FAR), and End Rape Statute of Limitations (ERSOL). She is currently curating with first Civil Rights museum in New Orleans with Miss Leona Tate, one of the four little girls who desegregated the Deep South in 1960. 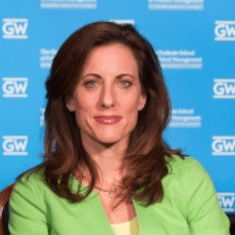 Lara Brown Bio:  Lara M. Brown, Ph.D., serves as an associate professor and the director of the Graduate School of Political Management (GSPM) at the George Washington University.

A distinguished writer and dedicated scholar, Dr. Brown is the author of Amateur Hour: Presidential Character and the Question of Leadership (Routledge, 2020) and Jockeying for the American Presidency: The Political Opportunism of Aspirants (Cambria Press, 2010). She has co-edited and contributed to two other recent books: The Presidential Leadership Dilemma: Between the Constitution and a Political Party (SUNY Press, 2013) and Campaigning for President 2016: Strategy and Tactics, 3rd edition (Routledge, 2017).

Dr. Brown is a frequent presence in the media, appearing on dozens of television and radio programs, and serving as an expert on national elections and candidate strategies, political scandals, and presidential leadership for scores of print publications. She has written for op-eds and blogs for The New York Times, The Washington Post, Politico, The Hill, U.S. News and World Report, The Philadelphia Inquirer and The Huffington Post.

Before coming to the George Washington University, Brown served as an assistant professor in the Department of Political Science at Villanova University. Prior to returning to academia in 2004, she worked as an education policy and public affairs consultant in Silicon Valley and Los Angeles. Brown served as a political appointee in President William J. Clinton’s administration at the U.S. Department of Education.

Born and raised in California, Brown earned her B.A., M.A., and Ph. D. in political science from the University of California, Los Angeles. She earned a M.A. in American politics and public policy from the University of Arizona. Her doctoral dissertation centered on the electoral fortunes of congressional incumbents tarnished by political scandals.

This program is funded by the 'Why It Matters: Civic and Electoral Participation' initiative, administered by the Federation of State Humanities Councils and funded by the Andrew W. Mellon Foundation.

These programs are funded by the 'Why It Matters: Civic and Electoral Participation' initiative, administered by the Federation of State Humanities Councils and funded by the Andrew W. Mellon Foundation. 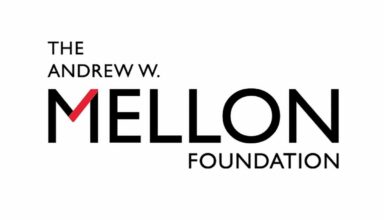 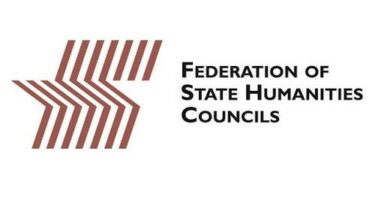 "What Does it Mean to be a Citizen"?

"The Electoral College: Why is it in Place?”