The Board of Directors of the Idaho Humanities Council elected two new members to its 19-member board at their fall meeting in Boise. The new members will serve three-year terms and attend their first meeting in February 2020. 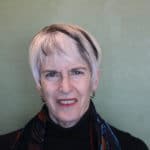 Mary Ann Allison, Idaho Falls, is Professor Emeritus in Media Studies at Hofstra University.  During her tenure, she led the re-accreditation process and was named Teacher of the Year in 2010 and 2013.  She was also honored as Hofstra’s first Mentor of the Year (2011). She has presented at numerous conferences and her research focused on communication media and patterns of social change, urban and suburban, communication and community revitalization, and responses to new media.  She is the co-author of New Media, Communication, and Society: A Fast, Straightforward Examination of Key Topics which was released in 2018. 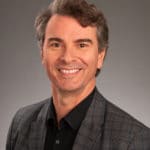 Edward “Mac” Test, Boise, is a professor of English and current chair of the English Department at Boise State University. He is the author of Sacred Seeds: New World Plants in Early Modern English Literature (University of Nebraska Press, 2019) which examines how New World plants—tobacco, amaranth, guaiacum, and the prickly pear cactus—and their associated Native myths impacted English literature and European culture. He has held fellowships at the Huntington Library, Folger Shakespeare Library, and the John Carter Brown Library. Dr. Test is also a poet and translator of Spanish. He has four book translations and has just finished a translation of the 1626 Spanish play, The Lieutenant Nun, which he work-shopped at the Stratford Shakespeare Festival in Canada in September 2018. He frequently gives talks for BSU’s Osher Lifelong Learning Institute.

The IHC board is comprised of academic, public, and at-large members representing all regions of the state (N, SW, and SE). Four members are appointed by the governor. Terms are three years, renewable once. Several members rotate off the board each fall as terms expire and new members are elected.